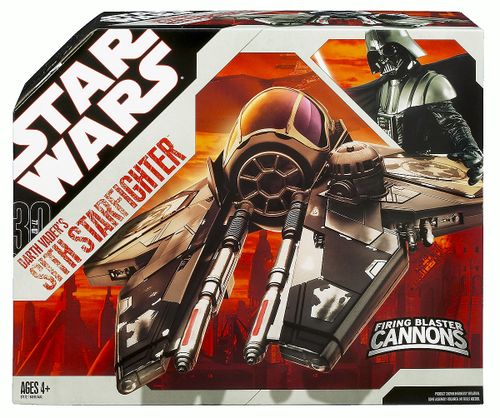 Painted to disappear against the black background of deep space, the color of this starfighter reflected the rage and grief felt by the young Darth Vader at the destruction of the Jedi. As the reputation of Darth Vader became known across the galaxy, the black silhouette of this ship above a planet came to mean one thing—the Emperor's Hand is here to squeeze the life out of those who would resist him.

The color of this repaint of the Jedi Starfighter is based on an appearence described in the EU book: Dark Lord: The Rise Of Darth Vader, set after the events of Revenge of the Sith. There is also an illustration of it in the New Essential Chronology.